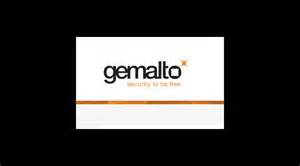 “Apple’s new iPads launched last week may begin a material shift in operators’ attitudes towards SIMs and a threat to Gemalto’s largest revenue stream,” analysts at Barclays said in a note to clients.

Gemalto shares suffered last week when US tech giant Apple announced that it would begin integrating SIM cards directly into its tablets.

“This new risk factor adds to the already cooling excitement for operators’ SIM-based wallets,” said Barclays, predicting that Gemalto shares could fall as low as 50.27 euros.

Gemalto makes part of its profits from installing chips and managing payments in the fast-growing mobile transactions market.

But analysts now think that Apple’s decision to work directly with Visa and Mastercard could squeeze Gemalto out of the market, particularly if the new move spreads to Gemalto’s home market of Europe, from the US and Britain.

Gemalto wants its Platforms &amp; Services business, which houses the part that could be threatened by Apple, to grow at a compound annual rate of 20 percent a year to generate revenues of 1.0 billion euros ($1.3 billion) by 2017.

Gemalto dismissed the threat from Apple, telling AFP that the market “did not understand Gemalto’s business” and they remained world leaders in providing the “ultra-secure platform” required for such transactions.

“With this process, there will be a recurring need for remote management. This is rather good news for us. When the market understands that, it will largely correct,” Gemalto added.

Tesla falls short on Model 3, but overall sales rise in 2017