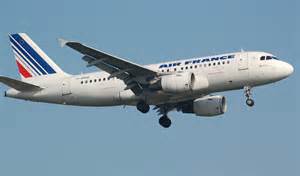 Air France on Wednesday said its third quarter results had taken a bashing due to a record pilots’ strike, with turnover falling by 416 million euros ($530 million).

The Air France-KLM group, Europe’s second-biggest airline, was already in difficulty when the pilots went on strike between September 15 and 28 in protest at the group’s plans to expand its low-cost subsidiary Transavia France.

Half the carrier’s fleet was grounded during the protest. In September, passenger traffic fell by 15.9 percent and cargo by 17.7 percent.

The strike is estimated to have cost 330 million euros on Air France’s operating income, which stood at 247 million euros against 641 million a year earlier.

The strike also came at a most inopportune time, said Air France finance director Pierre-Francois Riolacci with eurozone economies  failing to emerge from the doldrums as some experts had predicted they would at the start of this year.

“We are still in a sluggish economy,” he told AFP. “It hasn’t been easy for the aviation business with overcapacity in some sectors,” he said, singling out Asia and North America.

This he said, fuelled competition and brought down prices, thereby affecting profits.

Dimitrov scrapes into 3rd round at Aussie Open

Not easy voting green: Germans wary of getting climate bill