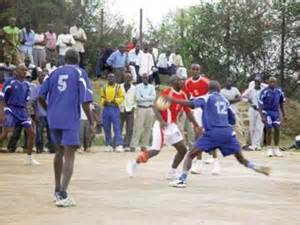 The African Handball Confederation on Thursday announced the suspension of all its continental and regional activities over the deadly Ebola outbreak in West African nations.

In a statement, the Abidjan-based body said the preventive measure was taken to avoid further spread of the virus, citing a recommendation by the World Health Organization (WHO).

In recent months, Ebola – a contagious disease for which there is no known treatment or cure – has killed 4,877 people, mostly from West Africa, according to the WHO.

Of these, 4,868 were reported in Guinea, Sierra Leone and Liberia alone.

A tropical fever that first appeared in 1976 in Sudan and the Democratic Republic of Congo, Ebola can be transmitted to humans from wild animals.

It can also reportedly spread through contact with the body fluids of infected persons or of those who have succumbed to the virus.