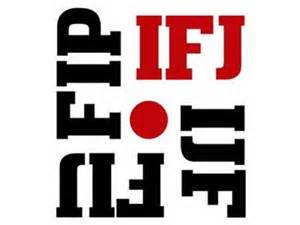 The regional branch of the International Federation of Journalists said Wednesday it was outraged that Australian police had dropped an investigation into the deaths of five newsmen in East Timor in 1975.

The Australian Federal Police (AFP) said Tuesday it would take no further action in its inquiry into the deaths of the so-called “Balibo Five”.

“The AFP has concluded that there is currently insufficient evidence to prove an offence,” the force said in a statement.

“As a result, the AFP has exhausted all inquiries in relation to this matter and will be taking no further action.”

Police launched their investigation in 2009, two years after an Australian inquest accused Indonesian forces of killing the group in cold blood in an effort to stifle their reporting on abuses committed during Indonesia’s occupation of East Timor.

Jakarta has always maintained that they died in crossfire as Indonesian troops fought East Timorese Fretilin rebels, and refused to cooperate with an Australian war crimes investigation.

The International Federation of Journalists Asia-Pacific criticised the abandonment of the investigation into the deaths and the slow pace of the case.

“It sends a dreadful message that no matter the scale of the tragedy, governments can find plenty of excuses to sit on their hands and do nothing,” said IFJ Asia Pacific acting director Jane Worthington.

“The families of the slain Balibo Five journalists have been denied justice for 39 years and it seems no one is prepared to stop the killers of their loved ones from getting away with murder.”

The AFP decision to drop the case came the day after Prime Minister Tony Abbott attended the inauguration of Indonesia’s new President Joko Widodo in Jakarta.