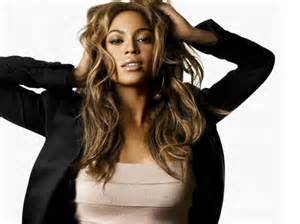 US singer Beyonce and British high-street retailer TopShop said Monday they were launching a fashion brand for “athletic streetwear” that will be available this time next year.

The joint venture, Parkwood TopShop Athletic, will include “clothing, footwear and accessories across dance, fitness and sports categories,” the chain said in a statement.

Philip Green, head of Arcadia Group, which owns TopShop, said the project was a way of developing “fashion-inspired fitness”.

“Creating a partnership with Beyonce… who spends many hours of her life dancing, rehearsing and training is a unique opportunity to develop this category,” he said.

TopShop was founded in a department store basement in northern England in 1964 and has been praised for the variety of clothes it offers and the sharp eye of its designers.

It launched the high-end Unique label in 2001 and has expanded internationally, opening 80 stores and retail outlets in 13 countries in 2013, including in Australia and France.

Beyonce shot to fame in the 1990s with the R’n’B girl group Destiny’s Child and was named by Forbes magazine this year as the most influential celebrity in the world.

The 33-year-old advertises a variety of fashion labels and manages her own ready-to-wear brand, House of Dereon, with her mother Tina Knowles, a fashion designer.

Scorsese, De Niro and Pacino on time and ‘The Irishman’

Biden jokes about gaffes with Colbert, gets serious about climate on CNN

Trump appears to change story on meeting with Russian lawyer