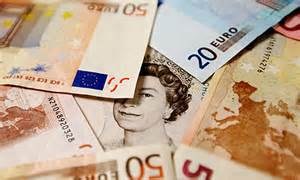 The dollar slipped in Asia on Tuesday as weak Chinese growth data rekindled concerns about the global economy.

The yen, seen as a safe bet in times of uncertainty, after China said its economy expanded 7.3 percent year-on-year in July-September, its slowest since 2008 at the depths of the global financial crisis..

The third-quarter figure announced was lower than the 7.5 percent expansion in the previous three months, although it exceeded the median forecast of 7.2 percent in an AFP survey of 17 economists.

Investors will now turn their attention to US home sales later in the day and Japanese trade data Wednesday.

“Any indication of further weakening export growth is likely to come to the benefit of (Bank of Japan) easing expectations,” Credit Agricole said.

“This, combined with further improving risk sentiment should keep the yen a sell on rallies.”

The dollar has tumbled in recent weeks on worries about the global economy and fears about the spread of the deadly Ebola virus.

But Taisuke Tanaka, chief forex strategist at Deutsche Bank in Tokyo, said the losses would likely be short-lived.

“We haven’t changed our view that the dollar-yen (rate) will try to go above 110 within a month or two,” Tanaka said.

The dollar was mostly weaker against other Asia-Pacific currencies.