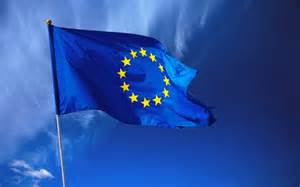 The agreement doubles the effort to slash the emissions, shifting from a goal of a 20 percent cut by 2020. It makes the EU the first major economy to set a climate change target for the years after 2020. And it comes in anticipation of a climate change conference in Paris next year.

The leaders of the 28 EU countries, meeting as the European Council, forged the agreement at a two-day summit in Brussels.

”This 2030 package is very good news for our fight against climate change,” Jose Manuel Barroso, the outgoing president of the European Commission, the EU’s executive branch, said in a statement. “No player in the world is as ambitious as the European Union when it comes to cutting greenhouse gas emissions.”

However, environmentalists slammed the agreement as “not good enough” in terms of boosting renewable energy.

“The global fight against climate change needs radical shock treatment, but what the EU is offering is, at best, a whiff of smelling salts,” Greenpeace’s Mahi Sideridou said Friday in a statement. “Europe can and should do more to stop the most devastating impacts of climate change.”

“It was not easy, not at all, but we managed to reach a fair decision,” said European Council President Herman Van Rompuy. “It sets Europe on an ambitious yet cost-effective climate and energy path.”

EU countries such as Poland, which is dependent on coal for electricity and creating jobs, will be provided with support investments in “energy modernization and energy efficiency.”

Van Rompuy pledged extra support for lower-income EU member countries “through adequate targets to help them catch up in their clean-energy transition.”

The agreement comes at a time of heightened tension between the EU and Russia, as the 28-nation bloc is trying to reduce its dependency on Russian gas. On Tuesday, Russia, the EU and Ukraine failed to agree on a deal that would supply Ukraine with Russian gas this winter.

Southeast Asia-Pacific year round up

Gas explosions drive thousands out of homes in Boston suburbs