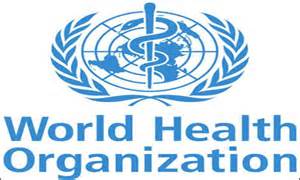 Here is a breakdown of efforts by the global community to fight the Ebola outbreak in west Africa, which has already left almost 4,900 people dead.

According to the latest toll from the World Health Organization, the haemorrhagic fever has already killed 4,877 out of 9,936 cases.

The worst hit countries are Liberia with 2,705 deaths, Sierra Leone with 1,259 fatalities and Guinea, where 904 people have succumbed to the disease.

– The UN, which has set up the UN Mission for Ebola Emergency Response (UNMEER), has put at nearly $1.0 billion (780 million euros) the bill for fighting Ebola for six months, but said on October 17 that less than 40 percent of the amount has been received.

Once another $217 million in pledges in the pipeline arrives, the coffers will be 60 percent full.

– The 28-member European Union has just agreed to boost aid to one billion euros ($1.26 billion).

– The World Health Organization has appealed for $260 million.

– The United States has earmarked more than $350 million.

– The International Monetary Fund (IMF) has released $130 million, while the African Development Bank has provided $225 million in aid.

– In the United States, Microsoft co-founder and philanthropist Paul Allen has donated $100 million. The Bill and Melinda Gates Foundation has pledged $50 million, while Facebook boss Mark Zuckerberg plans to give $25 million.

– US healthcare giant Johnson &amp; Johnson has said it will spend up to $200 million to speed up and expand its Ebola vaccine program.

– Canada, which has increased its aid to CAN$65 million ($57 million, 45 million euros), has sent a first batch of an experimental Ebola vaccine developed by Canadian scientists to Switzerland for testing by the WHO.

– The US has begun to deploy 3,200 troops to train health workers in west Africa, provide logistical support and install mobile medical labs.

US federal agencies have sent an additional 130 experts to the region.

– Norway has unveiled 39 million euros in aid, and sent 220 people to fight the epidemic.

– France is to open in Guinea a hospital for aid doctors and nurses who are contaminated when treating Ebola victims and plans to install three treatment centres in remote regions in the country.

– Doctors without Borders (MSF – Medecins sans Frontieres) is already on the front lines, where it has set up six treatment centres. More than 3,000 doctors are involved, including nearly 300 from foreign countries.

– The Philippines could deploy substantial numbers of health care personnel with financial backing from Britain.

– Cuba has sent 256 doctors and nurses to West Africa. In all, Cuba’s medical contingenis expected to reach more than 460.

– China has said it intends to send “dozens of experts” to train medical personnel in Africa and help to build a health centre in Liberia.

– The Democratic Republic of Congo has said it will send 1,000 health workers, in addition to the 600 already committed by East African nations.