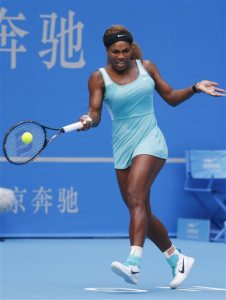 The last time Williams managed to win just two games in a WTA Tour or grand slam match was in 1998 when she was just 16.

Halep had never before beaten a top-three ranked opponent and in her previous two matches against Williams, both last year, she had won an aggregate of just seven games.

The Romanian, who also won convincingly against Eugenie Bouchard in her opening round-robin match, moves to a 2-0 record in the Red Group while Williams slips to 1-1.