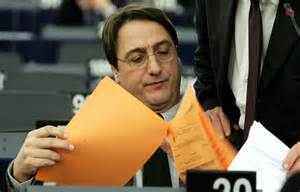 An attempt by an Italian mayor to create a separate bus route for Roma people sparked outrage among politicians Saturday, who compared the move to apartheid-era South Africa’s segregation policies.

Claudio Gambino, the centre-left Democratic Party (PD) mayor of Borgaro Torinese, said this week he wants separate buses because Roma people who live in a camp of around 600 inhabitants on the outskirts of the northern Italian town “have been afflicting us for over 20 years”.

“To guarantee the security of our citizens we need two buses. One for citizens, the other for Roma people,” he was quoted as saying by Italian media on Friday, adding that buses were plagued by theft and petty violence.

Town councillor Luigi Spinelli of the Left, Ecology and Freedom party (SEL) has supported the motion — to the disgust of his party’s leader Nichi Vendola, who told La Stampa daily on Saturday that “giving people different rights is called ‘apartheid’.”

“The left which competes with the right on Alabama grounds has lost all reason to think itself different,” he said, calling on Gambino to “think again.”

The PD’s rights supervisor Micaela Campana said the party had warned Gambino that “marginalisation is never the solution” and “answering violence by excluding people will not help.”

The plan has won the support of the anti-immigration Northern League party, with senior parliamentarian Roberto Calderoli saying “these are the real problems. I send my compliments to Borgaro’s administration which — despite being left-wing — has listened to the people

What to watch for as senators consider Kavanaugh nomination

SuperM, BoA to perform at 2020 Global Goal in South Korea