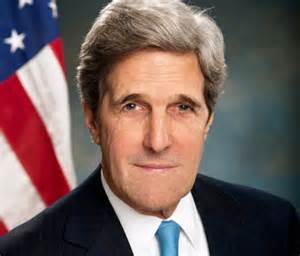 US Secretary of State John Kerry congratulated Tunisia on its successful and peaceful election marking the country’s “transition to democracy”, a statement released by the State Department Monday said.

“This milestone in Tunisia’s transition to democracy exemplifies why Tunisia remains a beacon of hope, not only to the Tunisian people, but to the region and the world,” Kerry said.
“I was encouraged to note the strong turnout and to see voting proceed peacefully and without any significant security incidents,” he added.
Kerry also noted that the United States looked forward to working with the newly elected government.
In a separate White House press release, president Obama also congratulated Tunisia, saying that the United States reaffirmed its commitment to supporting democracy in Tunisia.
Tunisia began its transition to democracy owing to a popular revolution in January 2011, which saw the demise of the autocratic leader Ben Ali, who fled into exile in Saudi Arabia. In October of that year, a Constituent Assembly charged with drafting a new constitution was elected in what were considered free and fair elections.
Tunisians voted for their new parliament on Sunday to bring full democracy following the 2011 revolution, part of the «Arab Spring» series of uprisings. Official results are yet to be made public.
According to the State Department, the US contributed over $350 million in support of Tunisia’s transition and in promoting its security interests over religious extremism in the “war on terror”.

As Nigeria elections loom, refugees ordered back to unsafe region