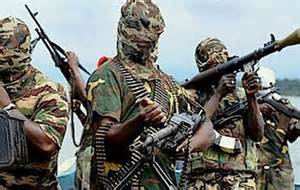 (AA) – At least 41 Boko Haram militants were killed when local vigilantes and the military foiled an attack by the group in the Damboa local council area of Nigeria’s northeastern Borno State, members of the vigilante group confirmed Friday.

“The military and our men [local vigilantes] not only foiled the attack on the Sabon Gari area in Damboa, they also succeeded in killing at least 41 of the terrorists – and then beheaded them to show the people that they [the attackers] weren’t superhuman,” Abdul Jalaal, a member of the local Civilian Joint Task Force, told Anadolu Agency late Friday.

“The militants, after hot pursuit by our colleagues, tried to fight back at Gur village, but they were overpowered by superior firepower from the military,” he said.

“We heard the insurgents went to attack Sabon Gari, where people were just returning to their homes after three months of exile as internally displaced persons in various [refugee] camps across the state,” Yusuf said.

“We went after them in order to foil the planned attack,” he added.

“We were able to repel them and, seeing that they were headed for Mandafuma in the Biu local government, we went after them and were able to ambush them at Gur,” Yusuf went on to say.

“We engaged them in fierce battles with the soldiers and 41 of them were killed; one was taken alive,” he added.

Damboa has repeatedly come under attack by militants in recent months, with neither side achieving a clear victory in the strategic area.

Nigeria has battled Boko Haram for the past five years, with thousands killed and millions displaced by the violence, which has been largely limited to the country’s volatile northeastern region.

Warlord’s release from US prison ups tension with Colombia