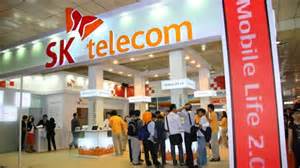 Net profit for July to September stood at 531 billion won ($507 million) compared with 502 billion won a year ago, the company said.

Competition is fierce in the increasingly saturated wireless market in South Korea, which has some 37 million smartphone users in a total population of 50 million.

There will be a budget this year, says Britain’s finance minister Javid

Facebook and Internet.org want to connect the world using lasers