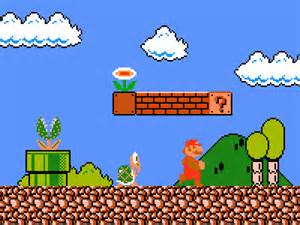 Shigeru Miyamoto, the creator of the world-famous “Super Mario Bros.” video game franchise told RIA Novosti that parents should not prohibit their kids from playing video games and instead try playing such games to better understand their children.
“Parents will not be able to understand their child if they do not try and experience the things their child is so interested in. This is an ideal situation and it requires time,” Miyamoto told RIA Novosti on the sidelines of the 27th Tokyo International Film Festival running through October 31.
“I tell it to all the kids — not just my own. When the weather is nice you should play outside. I have never limited my kids in video games but at my house the game console belongs to me. And I’m letting [my kids] play. In fact they are free to play, but the idea is that I’m letting them play,” Miyamoto said, adding that if children are occupied with something else they will not be able to spend all their time playing video games.
“I feel that it is way more important to get kids busy with something else than just prohibiting games,” Miyamoto explained. The game creator said that sometimes he and his wife had problems stopping their children from playing video games when they should be in bed. In situations like that, Miyamoto always took the children’s side and persuaded his wife to allow them to continue playing until they were able to save the game result or the level reached.
Miyamoto is an iconic game designer and producer. Apart from «Super Mario Bros.,” which has sold more than 250 million copies worldwide, he created «The Legend of Zelda,” “Pimkin” and a number of other bestsellers. He currently manages the Nintendo’s entertainment analysis and development division.

Brandi Carlile as nervous for Clive Davis’ gala as Grammys