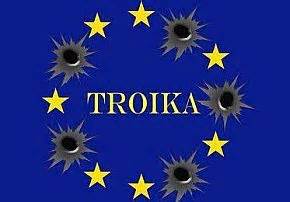 (AA) – Envoys from the “troika” countries to South Sudan’s on-again, off-again peace process (the U.S., U.K. and Norway) on Friday dismissed claims by a South Sudanese leader that they sought “regime change” in the nascent country.

At a press briefing held at the Norwegian ambassador’s Juba residence, envoys Donald Booth of the U.S., Jens-Petter Kjemprud of Norway, and Matthew Cannell of the U.K. said the only agenda their countries were pursuing in South Sudan was peace.

“The troika is not here for a regime change agenda,” Booth told reporters.

“The troika is here to work for peace in South Sudan. We work with IGAD, we support IGAD efforts, we believe the neighbors of South Sudan are the ones who have a solution to this conflict,” Booth said.

“They [South Sudan’s neighbors] are committed and we will continue to back their efforts. But in order to have peace, we need leadership and we need to have compromises,” he asserted.

“The people of South Sudan want peace and they don’t know how to get that peace and that is why we are here – to assist them,” Booth added.

The envoy went on to point out that the U.S. had always supported South Sudan’s independence from Sudan, saying Washington would continue to support the young nation.

“We are sending a signal that, as this war continues, the greater pressure we will have to put to bring peace,” he said.

Asked whether that would mean more sanctions on South Sudanese political figures, he answered: “The message is not about sanctions; the message is that people need peace.”

“When we go back to Addis [Ababa], we also hope to meet with the… opposition,” Booth said.

Earlier this year, the U.S. authorized sanctions against anyone found to be aggravating the conflict in South Sudan. The U.S. State Department has said that the Obama administration was weighing the possibility of slapping sanctions on human rights offenders in the country.

The U.N. Security Council, for its part, has said it was ready to impose its own sanctions on anyone found to be undermining the country’s ongoing peace efforts.

“The people of South Sudan are suffering. The humanitarian situation is very serious and we urge them [the country’s leaders] to leave their personal ambitions aside and work for peace,” he said.

“In Bor, we spoke with government officials and visited internally displaced persons (IDPs) in the U.N. compound. Although things are improving, there is a long way to go to get to normalcy,” he added.

Kjemprud also said the government had no intention of changing the venue of peace talks, which until now have been hosted by Addis Ababa.

“We have discussed that with the government and there is no plan to change the venue [of talks],” the Norwegian envoy asserted.

The U.K.’s Cannell, for his part, expressed his solidarity with the South Sudanese people.

“We came here this week to show solidarity for a durable peace in South Sudan,” he said.

The three envoys urged the country’s political stakeholders to return to the negotiating table at the earliest date possible.

“We had a discussion with the political parties and we encouraged them to go back to the peace talks as soon as possible,” Booth said.

South Sudan has been shaken by violence since late last year, when President Salva Kiir accused Riek Machar, his sacked vice president, of plotting to overthrow his regime.

Hundreds of thousands of South Sudanese have since been displaced in fighting between the two rivals, leading to an increasingly dire humanitarian situation for much of the population.

In recent months, the warring camps have held on-again, off-again peace talks in Addis Ababa under the auspices of the Djibouti-based IGAD.

IGAD-sponsored peace talks are expected to resume on October 20.

‘Down to zero’: Argentine farms, hotels and theaters sideswiped as coronavirus spreads