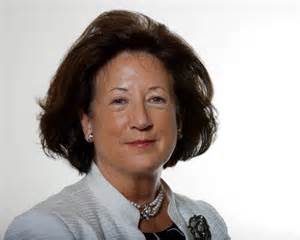 (AA) – The UK government has said it will to stop search and rescue missions in the Mediterranean sea that help rescue migrants and refugees.

Foreign Office minister Baroness Anelay said in a written answer on Tuesday that the government believed that declining to rescue migrants would deter them from coming to Europe.

In a written answer to the House of Lords, she said: “We do not support planned search-and-rescue operations in the Mediterranean” adding that the government believed there was “an unintended “pull factor” which “encouraged more migrants to attempt the dangerous sea crossing and thereby leading to more tragic and unnecessary deaths”.

Anelay added: “The government believes the most effective way to prevent refugees and migrants attempting this dangerous crossing is to focus our attention on countries of origin and transit, as well as taking steps to fight the people smugglers who willfully put lives at risk by packing migrants into unseaworthy boats.”

Rights groups have responded with anger at the latest announcement, with the Refugee Council describing the move as “shameful”.

Refugee Council Chief Executive Maurice Wren said in a statement on Tuesday: “The British Government seems oblivious to the fact that the world is in the grip of the greatest refugee crisis since the Second World War.”

Wren added that more people would die as a result of the decision.

He said: “People fleeing atrocities will not stop coming if we stop throwing them life rings; boarding a rickety boat in Libya will remain a seemingly rational decision if you’re running for your life and your country is in flames.

“The only outcome of withdrawing help will be to witness more people needlessly and shamefully dying on Europe’s doorstep.”

“The answer isn’t to build the walls of fortress Europe higher, it’s to provide more safe and legal channels for people to access protection,” he added.

In October last year, more than 500 migrants who had left Libya to try and reach the shores of Europe, drowned off of the Italian island of Lampedusa.

The British refusal to take part in search and rescue comes at a time when the Italian operation named, Mare Nostrum, is set to end this week and replaced by operation Triton, run by European Union border agency Frontex.

Frontex has said that operation Triton will not have a search and rescue function as it is exclusively focused on border control.

According to the UK charity the Refugee Council, the latest figures for 2014 show that 3,343 people have died attempting to cross into Europe via sea, and 150,000 have been rescued by the Italian navy.

Britain has to do more to get equipment to health workers: minister