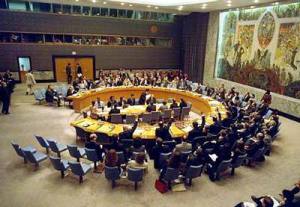 They will replace Argentina, Australia, Luxembourg, South Korea and Rwanda, whose terms will conclude at the end of the year.

Security Council seats are allocated by region, and candidates need a two-thirds majority of votes from the 193 U.N. member states.

The tightest race was for the two seats allocated to the “Western European and Others Group,” in which New Zealand, Spain and Turkey competed.

New Zealand won its seat in the first round with 145 votes, far above the 129 that was needed.

Neither Spain nor Turkey secured enough first round votes, sending the election to a runoff. After failing to garner the required number of votes in the second round, Spain beat out Turkey on the third ballot by receiving 132 votes, whereas Turkey managed 60 votes.

The remaining three available seats were one each for the African, Asia-Pacific, and Latin American and Caribbean groups.

Angola, Malaysia and Venezuela were the only candidates for their regional groups, so their election was virtually certain.

The Security Council comprises 15 members, with five permanent members – China, France, Russia, the U.K and the U.S. — having the right of veto.

Others still serving include Chad, Chile, Jordan, Lithuania and Nigeria, who won their seats in a 2013 election.

Newcastle not in crisis but need results, says Bruce

Council of Europe accuses Greece of migrant pushbacks, says they must stop