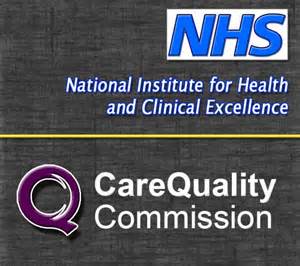 MOSCOW, October 16 – The UK hospital watchdog, the Care Quality Commission (CQC) published its fifth annual report Thursday, finding that the variation in the quality and safety of health and care services across the country was too wide and “unacceptable”.
“Over the past year, the Care Quality Commission’s inspections have found front line staff delivering excellent care but inspectors have also found poor services where people were not getting the care they should expect,” the CQC report said.
“This variation in the quality and safety of care in England is too wide and unacceptable and has a detrimental impact on people who use health and care services and their families,” it added.
The report indicated that most health workers were compassionate and caring and patients were very positive about the quality of care they received, particularly in mental and community health services. But people living in nursing homes received much poorer care than those living in residential care homes.
Out of 38 hospital trusts provided by the UK National Health Services (NHS) surveyed, 24 were reported as needing improvement.
“We found wide variation in care between trusts, between hospital sites, between hospital services and within each service, from outstanding to inadequate,” the report stated, adding that safety was the biggest concern with four in five safety ratings requiring an improvement.
On the contrary, out of the 30 NHS General Practice (GP) out-of-hour services inspected, the majority were reported to be safe, effective and well-led.
“In primary care, we saw an out-of-hours GP service that had a system to quickly identify and respond to the needs of people who had long-term conditions, complex needs and those needing end of life care, who received a call back from a duty doctor within 20 minutes or home visit within two hours,” CQC’s chief executive David Behan said in the report.
“But we have also seen very poor care, such as the care home that inspectors found smelling of urine and where residents were still in bed at 10.30am,” he added.
The CQC recommends that service providers accept their flaws and use CQC’s inspections to improve the quality of their services.

Residents of Ukrainian city near Russian border brace for the unknown

Germany will not supply weapons to Kyiv for now, defence minister says

Turkey says it expects solidarity from NATO against threats