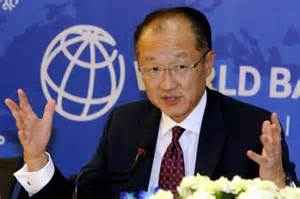 “The World Bank Group will be making an additional $100 million available to fill a critical gap in the Ebola response — funding to speed up deployment of foreign health workers to Guinea, Liberia, and Sierra Leone,” Jim Yong Kim said at a press conference in Ghana.
The president of World Bank Group also thanked the government of Ghana for «setting up a humanitarian air bridge» into the three countries.
Over the last three months the World Bank’s funding pledge to battle Ebola has reached $500 million, «of which $117 million has already been disbursed,” according to the World Bank press release issued Thursday.
On Tuesday, the African Union announced that it would assist in deployment of 2,000 healthcare workers from African countries to the Ebola-affected region, same day Kenya officials reported that 600 medical professionals have volunteered to go to work in Guinea, Liberia, and Sierra Leone.
The United States began sending troops to West Africa in September with the end goal of deploying up to 4,000 troops in the region, according to the US Department of Defense.
According to the World Health Organization’s latest report, a total number of confirmed, probable, and suspected cases of Ebola has reached 13,703. Over 4,900 people have died from the current Ebola outbreak that started in Guinea in February and quickly spread to the neighboring countries.