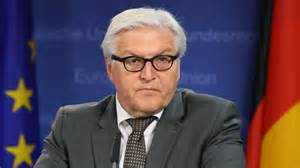 German Foreign Minister Frank-Walter Steinmeier called on Russia Monday to respect “the unity of Ukraine” in the wake of elections held by pro-Russian separatists in eastern Ukraine.

“We will judge Russia and President (Vladimir) Putin on their statements that the unity of Ukraine cannot be called into question,” Steinmeier said in a Twitter message.

He said the elections had “gone against the letter and the spirit of the Minsk agreement” aimed at bringing peace to eastern Ukraine.

Moscow endorsed a crushing victory for Ukraine’s pro-Moscow rebel leadership after the voting on Sunday that the EU slammed as a “new obstacle” for peace.

France says it is willing to discuss autonomy for Guadeloupe

Erdogan: There is no Kurdish ‘problem’ in Turkey