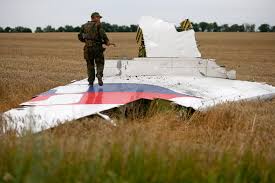 The removal of the Malaysian Boeing debris from the Donetsk People’s Republic (DPR) is scheduled for Sunday, the DPR Ministry of Transport announced Saturday.

“It has been decided that the train set will depart from Pelageevskiy railway station and will head to Kharkiv to be handed over to the Ukrainian side… The departure is scheduled for 10:00 Sunday. The debris has been put into 11 open cars and one covered car for smaller fragments of the plane. Moreover, the Ministry of Transport of the DPR will allocate a passenger car for the representatives of the OSCE [Organization for Security and Co-Operation in Europe] and the Netherlands to escort the cargo,” the announcement published on the DPR government’s website said.
On Friday the DPR Ministry of Emergencies and experts from the Security Council of the Netherlands completed the collection of fragments of the crashed plane.
The Malaysia Airlines Boeing 777 flying from Amsterdam to Kuala Lumpur crashed near Donetsk on July 17. All 298 people on board, including 283 passengers and 15 crew members, died in the crash.
According to a preliminary report issued by the Dutch Safety Board early in September, the plane most likely broke up in mid-air as a result of structural damage caused by a large number of high-energy objects that penetrated the aircraft from the outside.
Kiev accused independence supporters in eastern Ukraine of shooting the plane down, but has not provided any evidence to back this claim. The local militia leaders have said that they do not have weapons capable of shooting down a plane flying at 32,000 feet.

Sweden on track to meet 100-percent renewables target by 2040: regulator

EU’s Juncker tells Britain: no-deal Brexit will hurt you the most