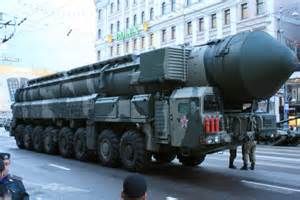 “The (MBR) RT-2PM2 ,Topol-M’, a silo-based intercontinental ballistic missile, was launched on November 1, at 9:20 a.m. [local time, or 6:20 GMT] from the Plesetsk Cosmodrome,” the ministry said in a statement.
The launch was carried out to test Topol-M’s technical features. According to the statement, the missile demonstrated its high precision capabilities and overall good performance, hitting a designated target at a test range on Russia’s Kamchatka peninsula.
The Defense Ministry said previously that Topol-M and RS-24 ballistic missiles would be the mainstays of the ground-based component of Russia’s nuclear triad and would account for no less than 80 percent of the SMF’s arsenal by 2016.

UK finance minister Hammond pulls out of event at Davos