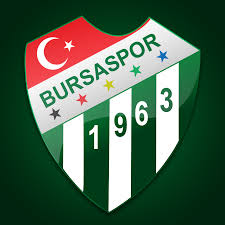 (AA) — UEFA banned on Monday Bursaspor from the next UEFA competition because of the Turkish football club’s financial issues.

“The suspended exclusion imposed by the Court of Arbitration in Sport in 2012 comes into effect and Bursaspor is, therefore, excluded from participating in the next UEFA club competition for which it would otherwise qualify in the next four seasons (2015/16, 2016/17, 2017/18 and 2018/19),” the UEFA Club Financial Control Body said in a statement.

The suspended exclusion took place in 2012 when Bursaspor paid the transfer fee of the club’s former Zambian football player, Mbesuma.

UEFA also imposed on Bursaspor a further one year exclusion “unless the club is able to prove by Jan. 31, 2015 that the amounts that were identified as overdue payables on Sept. 30, 2014 have been paid.”

Bursaspor was also “fined €100,000, half of which is suspended and will only fall if the club is not able to prove by the above-mentioned deadline that it has paid the above amount of overdue payables.”

Following the decision, Bursaspor President Recep Bolukbasi said: “We have given a letter, a petition of appeal, to the Court of Arbitration which indicates our objection against the UEFA’s decision. We ask for an appeal. This process will go on.”

Apart from Bursaspor, Lithuania’s FK Ekranas was also handed a one-year ban that would affect its chances in the next two seasons.

Romania’s CFR 1907 Cluj and FC Astra Giurgiu were also excluded from participating in the next UEFA club competition for which it would otherwise qualify in the next three seasons.

According to the official website, UEFA – the Union of European Football Associations – is the governing body of European football and an umbrella organization for 54 national football associations across Europe.

I do not underestimate Vargas, says Pacquiao