(AA) – A Hollywood comedy, which drew huge publicity after its studio cancelled its release citing alleged terrorist threats, generated over $18 million in sales in the first four days after its limited release, the studio said Sunday.

The Interview was rented or purchased online more than 2 million times as of Saturday, which made it Sony Pictures’ most downloaded film ever, the company said in a written statement.

The film, about a plot to assassinate North Korean leader Kim Jong-un, was initially pulled from distribution following alleged threats of attacks against theatres scheduled to show it.

In a move some commentators argued was a publicity stunt, Sony reversed its decision after critics — including U.S. President Barack Obama — accused the company of backing down to the threats. 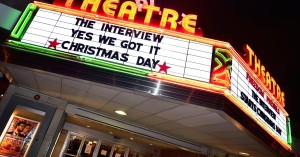 “In addition to the strong turnout for its limited theatrical release over the holiday weekend, after only four days, ‘The Interview’ already ranks as Sony Pictures #1 online film of all time,” the company said.

Previously, a hacker group attacked the company’s computer systems and posted confidential data, including upcoming movie scripts, to the web.

The Federal Bureau of Investigation later said it discovered evidence proving that the North Korean government was behind the attack. Pyongyang rejected the claim, but called the hack a “righteous deed.”

The film portrays the leader of the reclusive country as a huge consumer of American culture who, for example, obsessively listens to Katy Perry singles.

Rohingya boat capsizes in Bay of Bengal; at least 16 dead