Imran Daiyong Mijal, known as Boh, was shot in the right arm as he tried to shoot his way free Tuesday.

Colonel Eliglen Villaflor, commander of the 4th Special Forces Battalion, said in a statement: “Mijal was suspect of numerous crimes and has a warrant of arrest… for attempted murder. Furthermore, the suspect is known to have participated in numerous terrorist activities such as bombing, liquidation, kidnapping, ambush and extortion.”

Soldiers and police descended on a village in Sumisip on the southwestern island of Basilan, a stronghold of the Abu Sayyaf, late on Tuesday afternoon with a warrant for Mijal.

“In the process of serving the warrant to the suspect at his residence, he violently resisted arrest by firing his high-powered firearms towards the law enforcement group… government troops retaliated with deliberate fire to execute the arrest,” Villaflor said.

Troops recovered an M16 assault rifle and a .45 caliber handgun from Majil, as well as ammunition for both weapons and a rifle grenade. He was given first aid by soldiers at the scene.

Meanwhile, on the neighboring island of Sulu, two Abu Sayyaf members abducted a seven-year-old boy from outside his home in the provincial capital of Jolo on Tuesday.

The Abu Sayyaf has carried out a violent campaign for an independent Islamic province since 1991 and is notorious for beheading kidnap victims.

The Philippine government and the U.S. have offered bounties for key members of the al-Qaeda-linked organization 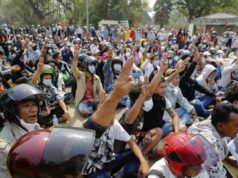 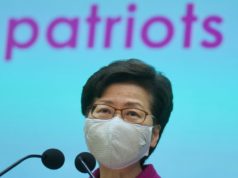 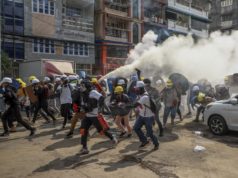 2 British soldiers wounded in IS attack in Syria