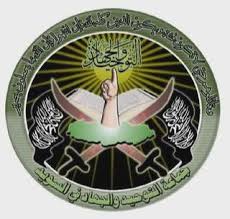 (AP) — Saudi Arabia’s Interior Ministry says one of the attackers who launched a deadly assault on a security patrol near the Iraqi border last week was a Saudi national who belonged to a “deviant group,” the phrase commonly used by officials to refer to al-Qaida.

Spokesman Mansour al-Turki said in a statement late Sunday that the other three gunmen were also Saudi nationals. All four died the attack, which also killed three border guards.

Saudi police have since arrested three Saudis and four Syrians in connection with the Jan. 5 attack.

No group has so far claimed responsibility for the attack, the first deadly assault on Saudi border guards near Iraq since the kingdom joined U.S.-led airstrikes against the Islamic State group, which controls parts of Syria and Iraq.