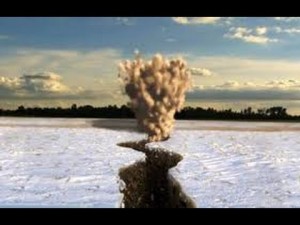 (AA) – An evacuation order was given for parts of Japan’s coast early Tuesday after a 6.9 magnitude earthquake struck the Pacific Ocean off the country’s northeastern coast.

Kyodo news agency reported that a tsunami warning was issued for Iwate Prefecture, with a 20cm wave observed at Kuji port in Iwate roughly an hour after the tremor, while a 10cm wave reached the shores of Miyako, Iwate.

The advisory was lifted at 10:20 a.m., according to the Japan Meteorological Agency, while the government reported that no injuries or damage had been reported.

Kyodo reported that it is believed to have been an aftershock of the magnitude-9.0 earthquake that struck the country’s northeast in March 2011.

Japan’s coastal areas of Aomori, Iwate, Miyagi and Fukushima prefectures were devastated in the wake of the March 11 quake. An ensuing massive tsunami killed more than 18,000 people and triggered a nuclear disaster.

US court convicts Saudi man in US embassy bombings