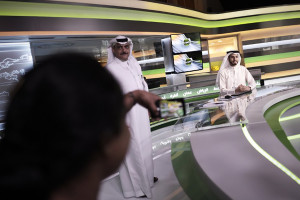 (AA) – The new Bahrain-based Al-Arab satellite news channel – which is funded by Saudi business mogul Prince Al-Waleed bin Talal – has suspended its broadcast less than 24 hours after its launch.

“The broadcast was suspended for technical and administrative reasons,” the channel said on Twitter.

Bahrain’s Akhbar al-Khaleej newspaper, meanwhile, claimed that the Al-Arab’s broadcast was suspended because the channel did not “heed the prevailing norms of the Gulf states.”

Such norms include “media neutrality and not broaching topics that may negatively affect the unity of the Gulf.”

In its first program, the channel hosted Khalil al-Marzooq, the deputy secretary general of the Shiite al-Wefaq opposition movement in Bahrain.

Rio Tinto to go ahead with $1.9 billion bauxite expansion