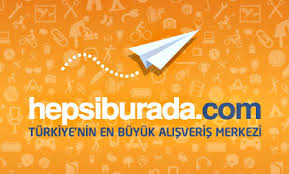 (AA) – It is a case of the giant and the wizard — which sounds like the start of a fairy tale.

Abraaj, the biggest private equity group in the Middle East, North Africa and South Asia, has taken a 25 percent stake in the Istanbul-based online marketer, which, in a few years, has magicked its way to becoming the largest in the country.

Why is Abraaj investing in Turkey? The giant middle eastern investor, Abraaj, has already had a number of happy endings on the Turkish market.

“We’ve made nine investments in this growth market since 2007, investing $844 million, and we’ve already successfully exited from four of them taking a profit of $827 million,” Selcuk Yorgancioglu, partner and regional head for Turkey and Central Asia at Abraaj told The Anadolu Agency.

The company has a $500 million fund to invest in the country, out of its massive war chest of $7.5 billion in assets under management.

Why Turkey now? “This is a great time to invest in Turkey,” Yorgancioglu insisted. “The currency is at a low point, so it’s good value. There are 80 million people and the average age is 29.”

Yorgancioglu added that young consumer demand is not elastic, so Abraaj has confidence in that sector.

Why an online marketer? Internet penetration is very high in Turkey, over 50 percent, Yorgancioglu pointed out, but there’s plenty of room to grow.

“Online like Hepsiburada offer everything the consumer needs,” Yorgancioglu said. “Consumers find what they want online and so demand is constant.”

Turkey is the number three country globally in terms of mobile shopping as a share of overall spending, at 19 percent, behind only China and the U.A.E., according to a report released by PayPal on Feb. 11.

And why Hepsiburada? “The word ‘Hepsiburada’ means “everything in one place” in Turkish and the site is truly a place where you can find almost anything. What’s more: Hepsiburada’s 14 million monthly visitors account for more than a third of Turkey’s online population.

“Here you have a company run by a Columbia MBA. To it, we can bring international expertise in terms of corporate governance, corporate sustainability…any number of aspects which we can improve with best practice know-how,” Yorgancioglu explained. “It strikes us as a great opportunity, a company we can help to expand internationally.”

For Hepsiburada, the chance to tie up with the giant must have also seemed a favorable opportunity – a wizard seeking muscular boots on the ground. The online marketer had reportedly been looking for a partner for several years, also with an eye to expanding abroad.

Hanzade Dogan Boyner, Hepsiburada’s chairwoman, is a member of the Dogan family which controls one of the country’s largest media groups, including the important Hurriyet newspaper. Hepsiburada started in 1999, when Dogan Boyner acquired the platform and began running it with her three sisters.

The four of them magicked into the country’s largess about 1 billion Turkish lira ($408 million) in sales in 2014, having grown from the tiny startup Dogan Boyner acquired in 1999. With plenty of competition online in Turkey, it plainly took some marketing wizardry on the part of the Istanbul company to gain such an important market position.

HepsiBurada has stated that a mobile-first strategy is a key to their success here in Turkey, where smartphone penetration has jumped way ahead of home-internet usage. Analysts point out that, with the giant’s support, the net wizard will be able to ramp up its mobile offer, all the while preparing to move into new markets outside the country.

Those will be giant steps for Hepsiburada, but, with Abraaj’s considerable resources, it should be able to take some long strides.

And Abraaj is well placed to get the journey started. “We operate in 25 countries and we work with 130 companies,” Yorgancioglu said. “We should be able to offer some opportunities right from the start.”

The Cranberries pay tribute to late singer with final album