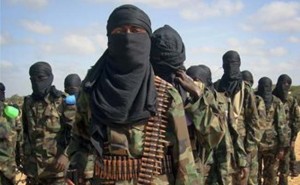 (AA) – The Pentagon confirmed Tuesday that it carried out an airstrike in Somalia last weekend that targeted senior al-Shabaab leader Yusef Dheeq.

“If successful, if he no longer breathes, then this is another significant blow to al-Shabaab and their ability to conduct, plan, prepare for and strike against targets inside and outside Somalia,” Pentagon spokesman John Kirby told reporters.

The air strike follows another in December on al-Shabaab’s intelligence chief Tahlil Abdishakur, and the September strike on the group’s former leader Ahmed Abdi Godane.

The extremist group has been attempting to oust the Western- and African Union-backed central government in Mogadishu. Government troops backed by African Union forces made gains against the militants last year, driving the group from many of its strongholds in the country.

But despite its battlefield losses, al-Shabaab has continued to carry out deadly attacks on targets in east Africa, including in Kenya and Uganda.

Some Israeli settlers hit out at Trump-backed annexation plan