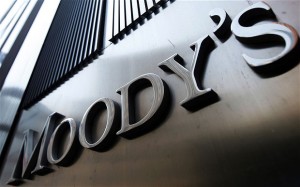 In its Credit Outlook Report, Moody’s said that countries with sizable current account deficits as well as large pending external debt payments are most vulnerable to the currency depreciation and/or a significant decline in the foreign exchange reserves.

“Countries with sizable current account deficits, such as Turkey (Baa3 negative) and South Africa (Baa2 stable), and to a lesser extent, Colombia (Baa2 stable) and Brazil (Baa2 negative), are vulnerable to weaker external net inflows, because this would point to potential difficulty in financing deficits,” the report said.

Moody’s pointed out, however, that two factors will support Turkish economic growth in the near future.

Given the sharp deprecation of Turkish Lira against the dollar recently, Moody’s pointed out that this phenomenon made Turkey to particularly vulnerable to capital outflow shocks.

“But Turkey’s central bank has in the past responded to the increased exchange rate volatility by intervening in the foreign exchange market. In February, it reduced the upper bound of the interest rate corridor by 50 basis points and the policy rate by 25 basis points in response to the lower growth outlook. In March, it decided to leave interest rates unchanged, likely weighing the risks of a further depreciation of the lira against subdued economic growth expectations,” the report explained.

Clashes resume in Yemen’s Aden as U.N. calls for dialogue