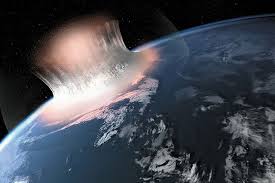 (AA) – A team of scientists has discovered what is suspected to be the largest asteroid combined impact zone ever found on Earth.

ABC news reported Tuesday that the leader of an Australian National University team had said that a meteorite that broke in two is believed to have caused two ancient craters found in central Australia.

“They appear to be two large structures, with each of them approximately 200 kilometers,” said Dr Andrew Glikson.

“Jointly they would form a 400 kilometer structure which is the biggest we know of anywhere in the world.”

He added that the impact – “suspected to be older than 300 million years” – would have meant “curtains” for many life species alive at the time.

Glikson said that although the surface crater has long since disappeared, geophysical modeling below the surface had found evidence of the two massive impacts.

Pentagon cancels aid to Pakistan over record on militants