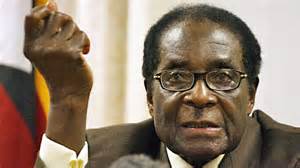 (AA) – Nearly half a million Zimbabweans remain vulnerable to food scarcity despite improvements made in recent years, according to a UN official.

“The country is very dependent on rainfall; this makes it vulnerable,” Aubrey Harris, the officer-in-charge at the Food and Agricultural Organization (FAO) in Zimbabwe, told the Anadolu Agency.

Zimbabwe relies on rain-fed agriculture and floods have affected a number of low-lying areas along the Zambezi River and the lowveld region early this year.

“The prognosis is that 500,000 people will still require food support,” said Harris.

He asserted that an assessment of the situation was ongoing, adding that the number of Zimbabweans in need of support could increase in April when the harvest season begins.

Zimbabwe used to be known as a regional “breadbasket” before embarking on a controversial land redistribution program in 2000.

President Robert Mugabe defended the policy, saying it had been meant to redress the British seizure of fertile farmland in the late 19th century.

That seizure allegedly led to hundreds of thousands of blacks being pushed onto lower-grade communal land.

The country’s agricultural production has since slumped to its lowest level since it won independence in 1980.

Zimbabwe has ended up importing grain from neighboring countries – including South Africa, Zambia and Malawi – to meet domestic demand.

The FAO official, however, said that despite the assistance and technical support, some Zimbabweans remained vulnerable to food scarcity due to the agricultural methods they relied on.

“We have a number of programs that seek to increase productivity on a private scale,” Harris said. “We are also providing [farmers with] food, seed and fertilizer.”

He urged local farmers to effectively irrigate their crops.

“Until agricultural systems are changed – so they aren’t completely dependent on rain-fed agriculture – we will have these periods of hunger depending on rainfall,” warned the FAO official

What would South Koreans ask a North Korean?