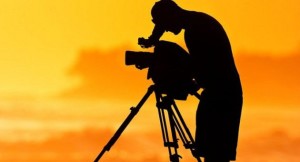 (AA) – Turkey’s premier film festival said Tuesday that this year’s offering would feature more than 200 films by 222 directors from 62 countries.

Organized by the Istanbul Foundation for Culture and Arts, the 34th Istanbul Film Festival will be held between April 4 and 19.

Cinema-lovers will have the chance to see classics, award-winning films of world cinema as well as the latest offerings from the Turkish film industry.

“There will also be free talks and workshops by renowned filmmakers, master classes, and other special events within the scope of the festival,” said organizers.

This year’s festival program consists of films premiered at the Sundance and Berlin Film Festivals and will have new sections including: Balkans: Cinema of Flames; Family Ties; and German animation.

The festival will also screen the entire filmography by leading figure of New Argentina cinema, Lisandro Alonso, for the first time in Turkey.

Speaking on Tuesday, festival director Azize Tan said that this year’s event would also commemorate prominent Turkish writer Onat Kutlar (1936-1995) who was one of the festival’s founders. The 1963 classic “Il Gattopardo” (The Leopard) by Luchino Visconti will be screened in Kutlar’s memory.

Screenings will take place at the Atlas, Beyoglu movie theatre and the Institut Francais in central Istanbul. Movies will also be shown at Feriye Theater in Istanbul’s European-side district of Ortakoy as well as the Rexx cinema on the Anatolian side of Istanbul.

Festival tickets will be on sale from Saturday March 28 online as well as at main box offices the Atlas and Rexx.

Neden Tarkovsky Olamiyorum / Why Can’t I Be Tarkovsky – Murat Duzgunoglu