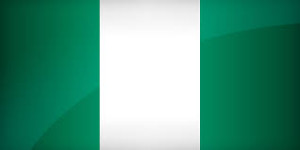 (AA) – Hannatu Ishaku, a 60-year-old grandmother in northern Nigeria, is back to school.

“When my children saw me in my school uniform, they laughed at me,” Ishaku told The Anadolu Agency in reference to her seven children: five university graduates and two undergraduates.

“But when they saw the improvement in me as a result of the knowledge I had acquired, they were impressed and gave me their support,” she said proudly.

The grandmother of four is attending a special school for married women in Nigeria’s northern Bauchi State.

She lamented that her family, like many in northern Nigeria, preferred marriage to schooling.

“My parents did not value girl-child education – that’s why they gave me out for marriage after I finished primary school,” Ishaku recalled.

“Not being educated was a very big burden on me, so I decided to enroll in this school,” she said.

“If I finish secondary school, I will continue to a higher institution to obtain a diploma or degree,” the determined grandmother asserted.

All she wants is fulfillment, she says, nothing more.

“Whenever I saw my childhood mates that went to school, I felt bad. But today, I’m happy,” she told AA.

“Even if I don’t pursue a career with the certificate, I will be fulfilled because my aim is to be able to read, write and communicate with people,” added Ishaku.

The Wayen Makarfi Jahun Bauchi school was established in 2009 to encourage women that could not go to school before getting married to acquire a higher education.

It currently has a total of 156 students.

But the school is in shambles, with most of the buildings in a dilapidated state. Some of the students must sit on the floor due to the lack of chairs and desks.

“Since the school was established in 2009, it has not been renovated,” Ayuba Mahmood, chairman of the school’s management body, told AA.

He said the school used to be a government secondary school before it was destroyed in a student riot and converted into a school for married women.

“Unfortunately, the school was abandoned by the government,” Mahmood said.

At one point, the school premises were turned into a refuse dump, Mahmood recalled, while local youths had “threatened the security of the school by always hanging around the abandoned school buildings to smoke.”

“We’re calling on the government to renovate the school and supply furniture and laboratory equipment so that students can learn in a conducive environment,” Mahmood added.

Currently, Mahmood added, students are often forced “to sit on the bare floor to study because we lack furniture.”

Student Fauziya Tainimu, for her part, expressed anger about the lack of amenities.

“We sit on the floor in the class to learn and some of us come with our little kids, which is really challenging,” she told AA.

“We appeal to the government to provide us with enough furniture, along with a good fence to stop boys from coming in to harass us,” Tainimu said.

When contacted, however, Bauchi State’s Education Ministry insisted that the school belonged to the community and not to the government.

“The school was formerly a government school, but has since been donated to the community, so the government only assists them with teachers,” ministry media officer Dauda Sani told AA.

But even these difficulties haven’t discouraged the school’s older students.

“I want to learn how to read and write and speak English,” 43-year-old Bilikusu Aliyu told AA.

The mother of three said that balancing her maternal obligations and her studies had been challenging at first.

“I would have to wake up very early to take care of my family before attending class,” Aliyu recalled. “But now, I cope very well.”

Aliyu decided to enroll in the school because she realized the importance of education.

“My husband is very busy; he doesn’t have much time to assist our children,” she said.

“So as a mother, I believe it is my duty to always assist my children in their studies after school hours, which I have started doing,” she added.

But Aliyu also has personal ambitions.

“I want to go into the nursing profession after finishing my higher learning,” she told AA.

Kremlin says lack of clarity at U.S. election could have bad impact on global...

UK business leaders to meet May on Monday to discuss Brexit