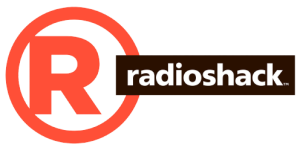 (AA) — Hedge fund Standard General was in the final steps of buying RadioShack’s assets on Tuesday in an auction that could include millions of customer records as part of a bankruptcy deal.

Texas Attorney General Ken Paxton noted in a filing last week that the assets could include the personal information of 117 million customers. Paxton also claimed some of the records including shopping habits.

Hilco is very clear on the auction website that a bankruptcy court may not approve the entire sale. Paxton filed an objection to the sale last week and Tennessee’s attorney general joined him Monday. Paxton claims the sale goes against claims made by RadioShack regarding its refusal to sell off personal information – a violation of its own privacy policy, which makes it a violation of Texas law, according to Paxton.

Telecom giant AT&T also wants the bankruptcy court to destroy the customer records. AT&T partnered with RadioShack for years to sell phones and now the former is claiming that it is the actual owner of many of the records now on the auction block.

When RadioShack filed for bankruptcy in early February, the 94-year-old company claimed it owned $1.2 billion in assets and had $1.39 billion in debt.

When bookseller Borders filed for bankruptcy in 2011, the Federal Trade Commission claimed that bankruptcy is a special case and that businesses could sell personal data.

Sales are limited by several restrictions, however, including regulations such as customers’ records can’t be sold as a single asset and the buyer has to have the same privacy policy.

1 killed in protests against military takeover in Sudan

Venezuelan opposition aide is seized, US and allies protest