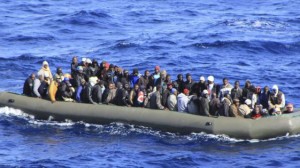 “Naval forces rescued 81 illegal migrants whose boat set out from Libya and was heading for Italy,” Monji Selim, head of the Tunisian Red Crescent in the southern province of Madnin, told Anadolu Agency.

The boat broke down off the Tunisian coastal town of  Zarzis, Selim added, noting that most of the migrants onboard were Somalis, Nigerians and Gambians.

The boat set out on Tuesday from Libya’s Zuwarah to the Italian island of Lampedusa, the official said.

Libya is a major transit point for African migrants seeking access to Europe, especially Italy, via the Mediterranean Sea.

Spain prosecutor calls for jailed Catalan leaders to be charged with rebellion, misappropriation of...