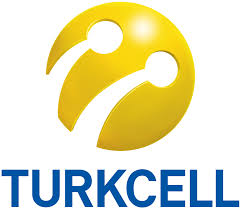 (AA)  –  Teliasonera, and others holding shares in Turkcell Holding have agreed to demand payment of Turkcell dividends from 2010 at the next shareholders meeting Thursday.

Nordic telecoms group TeliaSonera is the biggest direct stakeholder with 38 percent in the mobile operator, while 27.25 percent of the shares are publicly traded. TeliaSonera owns 14 percent directly and the remainder through its minority interest in Turkcell Holding.

Turkcell had not paid a dividend since 2010, and the amount accrued is close to 4 billion lira. This represents dividends for the fiscal years 2010 to 2014 and corresponds to around 42.5 percent of the net profit accumulated during the period. TeliaSonera expected dividends of 1.5 billion liras ($1.63 billion).

Turkcell is Turkey’s largest mobile phone operator with about 35 million subscribers or about half of the entire Turkish market. Alfa Telecom is a part of Russian billionaire Mikhail Fridman’s Alfa Group.

Rio Ferdinand, Frank Lampard and Steven Gerrard agree on who will win the Champions...