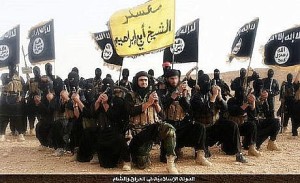 A video was released Friday that showed Daesh militants slaughtering three Peshmerga hostages in what the terrorist group said was a response to Peshmerga and the U.S.-led airstrikes against its strongholds in Syria and Iraq.

“The despicable slaughter of three Kurdish Peshmerga has caused a huge public indignation,” the statement said.

In a statement Monday, Turkish Foreign Ministry offered condolences to the victims’ families and said it shared the “brother” Kurdish peoples’ grief in the region.

The Kurdish Regional Government in northern Iraq confirmed the deaths of the three Peshmerga hostages, a statement said Saturday.

The video showed three Daesh militants, who spoke Kurdish, blaming Iraq’s Kurdish Regional Government for fighting the militant group under what they termed the “crusader coalition.” The victims wore orange jumpsuits and were reportedly beheaded.

Daesh militants had earlier threatened the Peshmerga that they would kill hostages for “each missile they launched” against Daesh strongholds.

Iraqi forces, backed by Shia militias and Kurdish forces have been battling Daesh since June 2014 when the militant group seized control of Mosul and much of northern and western Iraq.

Grounded by COVID, Nigerian diners get a taste of air travel

Congo rebel on trial at ICC denies involvement in atrocities