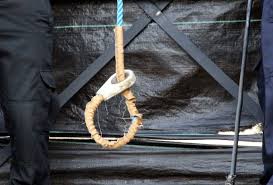 (AA) — Many countries are using the death penalty to combat threats against state security, including terrorism, rights watchdog Amnesty International said Tuesday in its annual worldwide review of capital punishment.

The London-based rights watchdog said that China carried out more executions than the rest of the world put together.

According to Amnesty, thousands are executed and sentenced to death every year in China, but the true figure is impossible to determine because most executions are kept secret.

“This was largely due to developments in Nigeria and Egypt, where hundreds of people were sentenced to death,” the report said.

Top executioners included China, Pakistan, Iran and Iraq, all whom have executed people accused of terrorism.

The report says the U.S. has continued to execute people “but its executions dropped from 39 in 2013 to 35 in 2014 – reflecting a steady decline in the use of the death penalty in the country over the past years.”

Amnesty also said there is a global trend of countries moving away from the death penalty with several nations taking steps toward abolishing the practice.