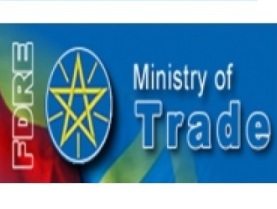 (AA) – Ethiopia’s export revenue in the first eight months of the current fiscal year hit $1.92 billion, a 35.1 percent drop from the projected $2.96 billion, according to Ethiopia’s Ministry of Trade.

“The plan was to earn $2.96 billion during the reported period,” Abdurrahman Seid, the deputy head of public relations at the ministry, told The Anadolu Agency.

“The achievement was lower by over $1 billion compared to the set target, and decreased by over $15 million from the $1.93 billion [in] revenue secured [during the] same period in the previous year,” Seid said.

The ministry had planned to net $1.49 billion of the stated sum from the export of agricultural products – 685,694 tons of various crops and 594,359 heads of livestock –  during the first eight months of the current fiscal year,  which began on July 8, 2014.

The exports of livestock, coffee and oil seeds have failed to meet the set target, Seid said.

Ethiopia had planned to export 594,359 heads of livestock with projected earnings of $162.94 million.

The amount of livestock supplied to the market was 24 percent lower than expected, which drove revenues down by 24.3 percent compared to same period last year.

Compared to last year’s budget, exports have risen by three percent and export revenue has jumped by 30.08 percent, he said.

“Fluctuation in the price of coffee as well as the economic crisis in Europe were some of the constraints in the coffee market,” Seid noted.