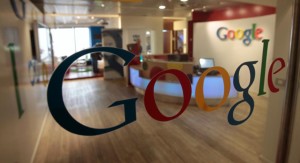 (AA) — Websites not well-suited for mobile devices will show up lower in Google search rankings starting Tuesday, a development that could significantly dent revenues of unprepared companies around the globe.

Google’s new search algorithm will take into account the mobile-friendliness of a website in deciding how high it appears in a search results, evidence of the tech giant’s thrust into the mobile sphere.

“When it comes to search on mobile devices, users should get the most relevant and timely results, no matter if the information lives on mobile-friendly Web pages or apps,” according to a February blog post aimed at Web developers by Google’s Takaki Makino, Chaesang Jung and Doantam Phan. “As more people use mobile devices to access the Internet, our algorithms have to adapt to these usage patterns.”

Google launched a free tool to test if websites are optimized for mobile according to its algorithm. According to Google’s software, popular websites like Wikipedia and pages for massive corporations such as Microsoft are not considered mobile-friendly. News outlets like the BBC also fail the test.

While Google’s team often updates and tweaks its search engine, the company usually only announces large changes. The update scheduled for Tuesday is the largest in two years, and could cause more tumult than most other updates in recent memory.

“This change will affect mobile searches in all languages worldwide and will have a significant impact in our search results,” Google’s team continued. “Consequently, users will find it easier to get relevant, high quality search results that are optimized for their devices.”

The new algorithm update is expected to have a bigger impact than the previous two, named Panda and Penguin.

Panda, launched in 2011, was aimed at kicking back low-quality sites toward the bottom of searches, affecting an impressive 12 percent of all search results.

US deportation flights to Guatemala resume