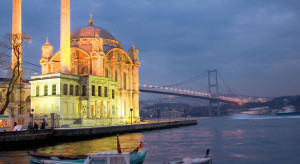 (AA) – One of Turkey’s leading business institutions is organizing a contest for Istanbul photographers.

Using Instagram – under the hashtag #OneIstanbul – the Istanbul Chamber of Commerce announced on Tuesday that the details on the contest would be disclosed on Thursday on the sidelines of a photography fair.

Kadir Topbas, Istanbul’s mayor, will attend the opening of the fair which ends on 5 April.

Organizers say the contest is open to everybody.

Istanbul is the fifth most photographed city around the world, internet giant Google said last January.

100 die in Nigeria flooding as toll expected to rise