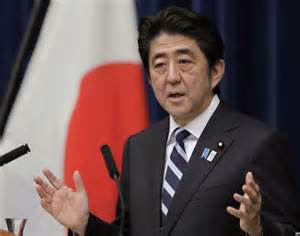 (AA) — A Japanese court issued an injunction Tuesday ordering a power supplier not to restart two reactors in a coastal western city that cleared the safety screening of the country’s nuclear regulation watchdog.

Following the 2011 Fukushima nuclear crisis, all commercial reactors in the earthquake-prone country have remained offline since September 2013 until their clearance in the regulator’s safety review.

Prime Minister Shinzo Abe has been pushing for the revival of the nuclear power industry, a controversial issue due to safety concerns among the public.

The injunction approved by the Fukui District Court on Tuesday is effective immediately, according to Kyodo News, and applies to Kansai Electric Power Co.’s No. 3 and No. 4 reactors at a nuclear power plant in Takahama, Fukui prefecture.

The utility is expected to appeal the injunction, Kyodo reported.

In February, the two reactors had cleared the Nuclear Regulation Authority’s screening and Kansai Electric had hoped to revive them in November.

Tuesday’s court session was presided by Judge Hideaki Higuchi, who also led a ruling last May against restarting two other Kansai Electric reactors in Fujui.

On Monday, an unnamed source told Kyodo that the government was considering setting the target for the percentage of nuclear power generation in the total electricity production in 2030 a little below 20 percent – perhaps 18-19 percent.

While the Economy, Trade and Industry Ministry had been seeking a ratio at least 20 percent, Abe’s government is faced by concerns of the public disapproving the level applied before the Fukushima disaster.

April oil freeze meeting likely to go ahead without Iran

Islamic State hints at attacks in London, Berlin and Rome