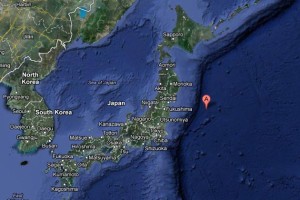 The earthquake occurred in waters off Yonaguni island, part of the Yaeyama island group of Okinawa prefecture at around 10.43 a.m. (0443GMT) Monday, the Japan Meteorological Agency announced.

There were no reports of damage or casualties, according to Kyodo news, which cited the weather agency as saying that on the country’s seismic scale of 7, the tremors registered 4 on Yonaguni and 3 on neighboring Iriomote island.

The country’s coastal areas of Aomori, Iwate, Miyagi and Fukushima prefectures were devastated in the wake of a March 2011 quake. An ensuing massive tsunami killed more than 18,000 people and triggered a nuclear disaster.

After turmoil at home, Egypt struggles to revive power abroad

House Democrats not easing up on impeachment probe