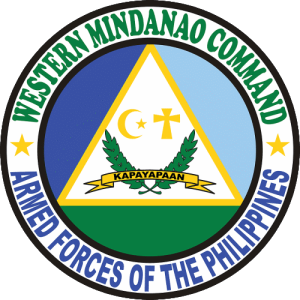 (AA) – Philippine authorities are continuing efforts to locate the grandchild of a southern town’s mayor and a teenager, both abducted alongside a toddler who has since been found dead.

Police said the gunmen fled aboard three motorized boats, which sped toward the neighboring province of Zamboanga Sibugay.

Fishermen had subsequently found the body of Zynielle Garban in the sea, with police believing she had been strangled as she had bruises around her neck.

Muyuela told AA that the families of the hostages do not have information about their whereabouts, and declined to provide more details in order not to jeopardize ongoing rescue operations.

“Two of the five suspects Mahbad and Alkim were arrested a day after 10 gunmen seized the victims but were not immediately announced as investigation is ongoing,” Ecaldre said.

According to police investigations, the suspects had stayed at the residence of Mahbad and pretended to be fresh fish traders while monitoring the movements of their target.

He said that Jelanie had been captured on video footage at the bakery of Chzarenia Kapa Sajulga, the kidnappers’ target who evaded capture by locking herself in a room.

A 60 million Philippine peso ($1.34 million) ransom has been demanded for the release of the hostages, who were seized while playing near the town port and used as human shields to prevent police from pursuing further.

Mayor Garban has appealed for the captives’ release, saying their families are not able to pay the ransom.

The gangs are known to turn their captives over to Abu Sayyaf and negotiate for a ransom that, if paid, is shared with the al-Qaeda-linked group.

The kidnappers use isolated sea-lanes and coastal areas to grab their victims, who are then held captive in isolated Muslim villages in the peninsula.

Since 1991, the Abu Sayyaf — armed with mostly improvised explosive devices, mortars and automatic rifles — has carried out bombings, kidnappings, assassinations and extortion in a self-determined fight for an independent Islamic province in the Philippines.

It is notorious for beheading victims after ransoms have failed to be paid for their release.

At least one killed in unrest in Indonesia’s Papua