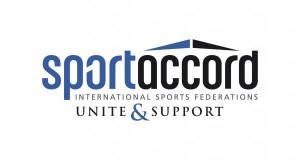 (AA) – SportAccord, the umbrella organization for Olympic and non-Olympic sports federations, is to hold its 13th convention in the Russian city of Sochi on April 19.

The event, which runs from April 19 to 24, will bring officials from across the world of sports as well as those representing firms dealing with sports technology and service.

Anadolu Agency will be the convention’s official media partner for the second time.

The main theme for 2015 will be the “inheritance of sports” during which methods of handing down progress in sport to future generations and the relationship between sports and technology will be discussed.

SportAccord is the convention for Olympic and non-Olympic international sports federations as well as organizers of international sporting events with a mission to unite and support its members in co-ordination and protection of their common aims and interests.

Champions League resumes with a flurry of goals