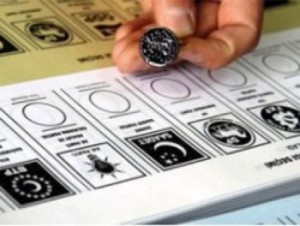 (AA) – About 74 million ballots are to be printed for the upcoming June 7 elections in Turkey, the Supreme Election Board has announced.

A total of 73,988,955 ballots including spares and 3,814,200 ballots to be used at customs gates and Turkish embassies and consulates need to be printed, YSK said in its decision published in the Official Gazette on Saturday.

The bid for printing election ballots will be finalized by April 22, and the printing of ballots for customs gates and foreign missions will begin on April 27 and be delivered by April 29, the YKS said.

The printing of the ballots to be used at polling stations in Turkey will begin on April 29 for delivery by May 25, it added.

About 56 million Turkish citizens will vote in the country’s 25th general elections to elect 550 members of Parliament.

The Supreme Election Board will announce the list of MP candidates on April 24.

Turkish nationals living abroad will be able to cast their votes between May 8 and May 31.

The election campaign will start on May 28 and end on June 6.

Outside Turkey, ballot boxes will be set up in 54 countries, in 112 representations.

Although 31 parties are eligible to participate in the parliamentary elections, only 20 parties submitted their lists of nominees by 5pm Tuesday, YSK Chairman Sadi Guven told a press conference Wednesday.

He added that one party had turned in its list past the deadline, citing a traffic accident, and the board has yet to decide whether they can still participate.

Turkey is divided into 85 constituencies in 81 provinces with a total of 550 MPs.