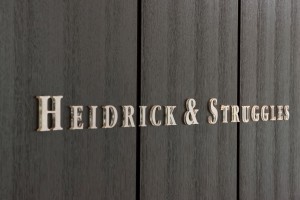 (AA) – The attraction and retention of skilled and talented workers has improved greatly in Turkey, experts say, and demand is high and increasing.

The environment for skilled and talented workers in Turkey improved sharply in the past year, according to a report from human resources experts Heidrick & Struggles.

The Global Talent Index Report, released in April, said that the way in which Turkey “develops, attracts and retains talent,” saw a considerable increase in quality in 2014.

“Noteworthy advances in 2015 are registered by Canada, Chile and Turkey. Improved economic performance is expected to help talent environments improve in these countries,” the report said.

The report ranks the talent environment in 60 countries, and, last year, Turkey jumped five levels in rank, to number 48. Turkey ranked just below Peru and Thailand, and above Bulgaria and Ecuador. The U.S., Denmark and Finland were at the top of the list.

Turkey shows high demand for skilled workers. The Manpower Ninth Annual Talent Shortage Survey, released in March 2015, showed that about 60 percent of Turkish employers had posts for skilled and talented workers to fill — this is somewhat higher than the global average of 38 percent. Manpower serves as a multinational temporary staffing agency.

But the demand for skilled workers is intense all around the world.

“There is a wealth of engineering knowledge and capability in Turkey,” commented Kaan Terzioglu, CEO of Turkey’s largest mobile phone operator Turkcell. “But the demand for skilled workers is the same here as in the rest of the world.”

At a speech on April 15 in Brussels, European Commission vice president for the Digital Single Market, Andrus Ansip, said Europe might face a huge deficit in skilled information and communications technology (ICT) workers.

“Despite rapid growth in the ICT sector, creating some 120,000 new jobs a year, Europe could face a shortage of more than 800,000 skilled ICT workers by 2020,” he said. “We still see big differences in skill levels between EU countries, and different implementation of national skills programs designed to minimize Europe’s digital divide.”

A report published in January by consultancy firm Accenture pointed to the need for Turkey to train more skilled workers.

“Current levels of training and skills development remain low and increasing them would be a major step in increasing Turkey’s global competitiveness,” the report said. Training and skills development seems to be a desirable but rarely implemented strategy in Turkey, especially across small and medium-sized enterprises that constitute the largest pillar of the Turkish private sector.

A survey by the Organization for Economic Co-operation and Development, or OECD, in 2013 found that 48 percent of workers in Turkey considered an update in skills necessary, but only 28 percent reported engaging in training activities in the previous 12 months. The main barriers to training and skills development are high costs of training (indicated by 61 percent of respondents) and lack of public financing (39 percent).

Still, the number of graduates with high-level degrees has increased sharply in Turkey in the past 10 years, according to OECD statistics. There were only about 215,000 such graduates in 2004, and the number has risen to about 400,000, according to the OECD.

“Given Turkey’s young demographic, investment in training will be a key factor in closing the skills gap in the country,” Accenture noted.

2 Italians, Canadian freed after weeks of captivity in Libya

Italy denies it will ban Huawei, ZTE from its 5G plans