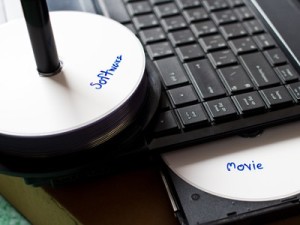 (AA) – It was all rosy and promising for most Zimbabweans soon after independence in 1980.

Based on the spirit of unity and forgiveness, investment trickled into every sector of the economy.

Due to poor education within black communities before independence, the only source of entertainment was music.

Uneducated and job-seeking youth would frequent youth centers, where they would learn to play different musical instruments.

One such center was Stordart Hall in one of the oldest townships of capital Harare, called Mbare.

With television sets being owned by just a few, the authorities would show bioscopes in places like Mbare for those without televisions.

The music and film industry grew subsequently, and huge infrastructure in these fields was set up.

Music shops were scattered all over townships and major cities, while cinema homes continued to accommodate a mixture of patrons seeking different forms of entertainment.

As a result, theaters such as Sterkinekor and Rainbow cinemas featured the latest western movies, while Grammar Records and Zimbabwe Music Corporation catered to music distribution.

Ellah Tayengwa, a 51-year-old man who grew up in Mbare, still remembers the good old days when she would go to Stordart Hall to watch movies.

“Every weekend, I would go and watch movies at Stordart Hall with friends. It was fun,” she told The Anadolu Agency.

Cosmas Banda, now 65, remembers how he would enjoy his time outside a music shop whenever he had money to buy opaque beer.

“My young brother used to work at a music shop. For me, it was fun mingling with friends outside, listening to Bob Marley,” Banda told AA.

While the establishment of movie houses and music shops were meant chiefly for entertainment, they also created jobs.

“In Zimbabwe, the entertainment industry employed hundreds of people because the market was very good,” Albert Nyathi, a poet and the chairman of the Zimbabwe Music Rights Association, told AA.

Rainbow Cinemas had been big in Harare and other cities. This is evident from the infrastructure that is now idle and deserted.

In Harare alone, Rainbow Cinemas had four big centers, each with between five and ten viewing compartments.

“We used to employ hundreds of people because we had various departments – like movies, refreshments, cashiers, cleaners, electricians and guards – at each movie house,” Saviour Shumba, a former Rainbow manager, told AA.

“We would show movies throughout the day; our workers would do shifts,” he recalled.

According to Shumba, the problem began when a multi-currency system was introduced and they began charging patrons in U.S. dollars.

“An era of hyperinflation affected most businesses that had assets and could not transform this easily into cash,” he noted.

“This forced us to start charging in dollars, after which most of our branches started suffering,” Shumba recalled.

However, South African entertainment giant Sterkinekor has kept its doors open in Zimbabwe, despite the lull in business.

“We employ a lot of people at our movie houses,” Peter Hugo, a Sterkinekor marketing executive, told AA.

“We want to remain viable by offering a unique service by partnering with filmmakers such as Walt Disney in Hollywood,” he said.

Sterkinekor has two massive movie houses in capital Harare opposite the Eastgate Shopping Mall in the city center and the Westgate Mall in the suburbs.

“We knew we had to remain in business and decided to offer world-class services at our cinema houses,” said Hugo.

However, a visit to the Eastgate Cinema was revealing.

The recently painted center looked smart and was showing some of the latest movies, including “Focus” and “Furious 7.”

Nevertheless, it was almost deserted.

Sterkinekor is charging $5 to watch a movie, while just across the road a pirated DVD of the film retails for a mere $0.50.

“Competition is tough due to piracy, but most of those who come to watch our movies are either families or couples looking for a quiet place to interact,” said Hugo. “We are still on our feet.”

Nor has the music industry been spared either, with most music outlets having recently closed.

“It has been difficult for some of us who have just ventured into the music industry and had followed hook, line and sinker to survive,” Romeo Gasa, a young Harare-based musician, told AA.

“We record our music elsewhere and do the marketing on our own, while creating jobs for vendors too,” he noted.

Artists complain they are being impoverished by the government’s failure to effect laws curbing piracy.

“These music vendors have forced established music distribution entities, such as Grammar, to close shop, but they don’t pay taxes – they have destroyed our industry,” said Nyathi, the Zimbabwe Music Rights Association chairman.

Hugo, the Sterkinekor marketing executive, said anti-piracy authorities had let the industry down.

“It is the duty of police to stop piracy,” he told AA.

Nyathi, for his part, agreed.

“Our core business is to compensate artists and protect intellectual rights – not hunt down piracy,” he said.

“Imagine I have a family. And after recording, I only get 10 percent of that,” he told AA.

“At the end, I am forced to take my own music onto the streets for my daily upkeep,” added Dembo.

Although the trend could be seen as piracy, it has become a source of income for vendors, who are among the 90 percent of Zimbabwe’s population said to be unemployed.

“While selling musical discs on the streets is in a way fuelling piracy, the trend is also a source of life for music vendors,” Marvin Mukanya, a music vendor in Harare, told AA.

What’s next after Lebanon PM resigns